Air Force Reserve Officer Training Corps (AFROTC) Detachment 420
JavaScript is disabled for your browser. Some features of this site may not work without it.

The Air Force Reserve Officer Training Corps (AFROTC) at the University of Minnesota Duluth (UMD) provides the opportunity for men and women to learn about the United States Air Force while pursuing an undergraduate. The AFROTC curriculum is a university-based leadership development program designed to prepare students for challenging and rewarding careers as officers in today's high-tech United States Air Force. Upon completion of AFROTC and a degree program, students receive a commission into the United States Air Force. The AFROTC detachment is located on the campus of the University of Minnesota however the detachment has longstanding crosstown agreements with the University of Wisconsin-Superior, College of St. Scholastica, and Lake Superior College so their students may participate in AFROTC.

AFROTC Detachment 420's first classes began in the Fall of 1949 with over 200 students registered. Also known as UMD's Department of Air Space and Tactics, classes were first held off campus in an east hillside building now known as the Cotton Mansion. Provost Ray Darland moved the Department of Aerospace Studies onto campus in the 1950s. The first two female cadets were commissioned in 1975. In 1984, the detachment merged with AFROTC Detachment 930 at the University of Wisconsin Superior, which became the first crosstown school where students register but take classes at UMD. The College of St. Scholastica and Lake Superior College were later added as crosstown options. In the summer of 2005, the old AFROTC building was razed to make way for construction of UMD's expanded sports facility. The department was relocated to its current location in the Darland Administration Building. 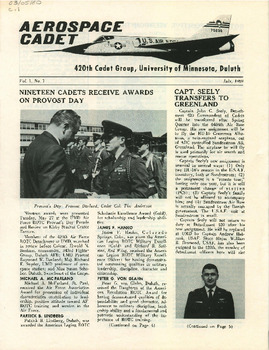 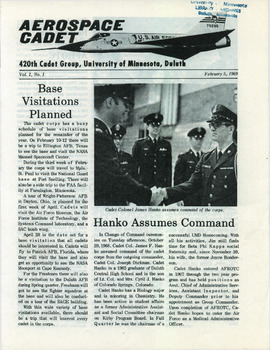 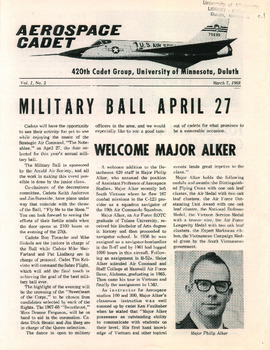 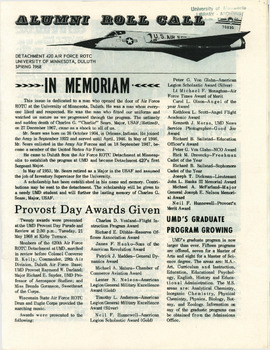 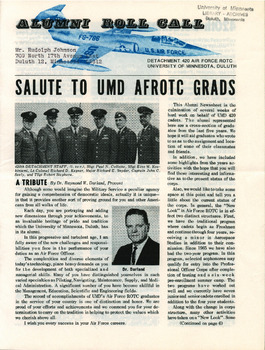