News Sheet
JavaScript is disabled for your browser. Some features of this site may not work without it.


The News Sheet was the University of Minnesota Duluth (known then as Duluth State Teachers College) student newspaper from February 19, 1932, though June 6, 1932. This title was followed by the Fortnightly Chronicle (September 6, 1932 - February 5, 1947), the Statesman (February 26, 1947 - September 2017), and The Bark (October 2017 - ). Variations on the News Sheet title include News Sheet, NEWS, and Extra Extra, all included here; the creators were searching for a more official name and eventually decided on the Fortnightly Chronicle. 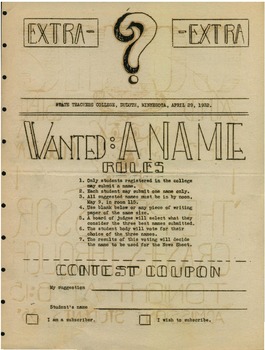 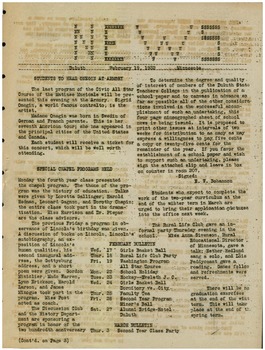 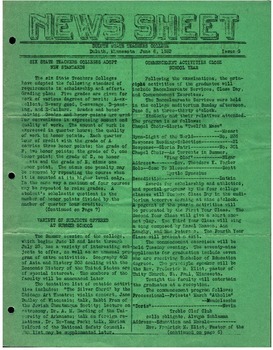 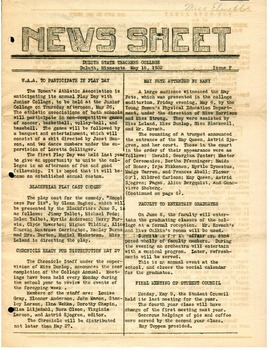 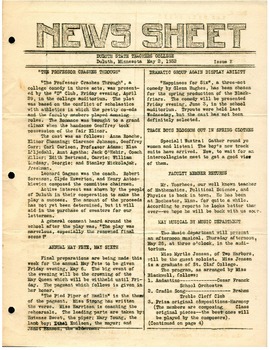