Skip to main content
Urban Report Series (1961-1964)
JavaScript is disabled for your browser. Some features of this site may not work without it.

The Upper Midwest Economic Study began in 1960 as a joint effort of the University of Minnesota and the Upper Midwest and Development Council, which was housed in the Federal Reserve Bank in downtown Minneapolis. The study looked at the changes after World War II in economy, settlement, demography, transportation, and urban development in the 9th Federal Reserve District (Montana, North and South Dakota, Minnesota, Northwestern Wisconsin and Michigan's Upper Peninsula). James M. Henderson (University of Minnesota Economics Department) was the research director. Soon, a separate Urban Report series was launched, with John R. Borchert as director. Borchert was a faculty member in the Geography Department and the author of many of those urban reports. He subsequently became director of the University's Center for Urban and Regional Affairs (CURA) where much of this work continues. 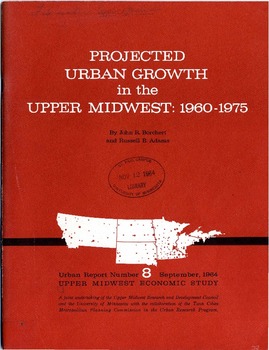 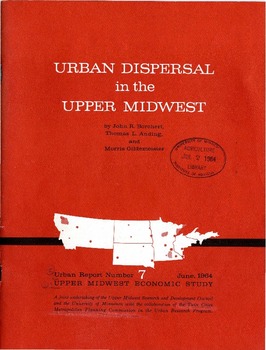 Urban Dispersal in the Upper Midwest﻿ 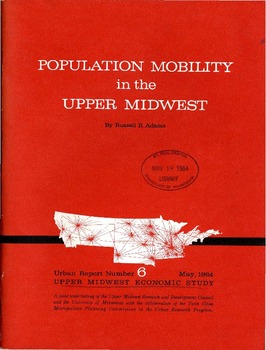 Population Mobility in the Upper Midwest﻿ 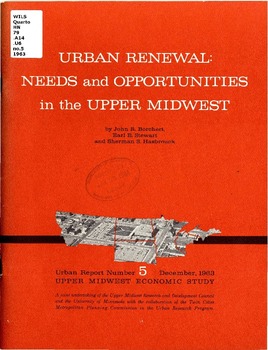 Urban Renewal: Needs and Opportunities in the Upper Midwest﻿ 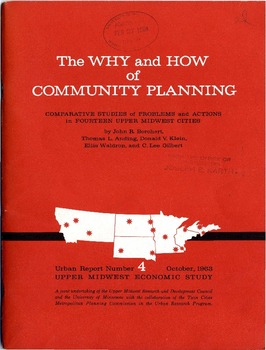 The Why and How of Community Planning; Comparative Studies of Problems and Actions in Fourteen Upper Midwest Cities﻿